Happy new year (I know I’m a bit late in getting round to saying that, but it is still just the middle of January). We’re still in the depths of winter, and although today the weather has provided a mix of cold wind, sleet, snow and generally depressing greyness I did notice yesterday that it is getting dark a little later now.

I have news of new projects and new workshops. Back in September I started studying for an MA in Creative Practice. This is a research-based course, the focus of which (for me) will be my new allotment. I have taken on this plot in order to garden but also to explore the site in creative ways. I hope to use material from my plot for a variety of different techniques, recording the site and its changes through the seasons. If you follow me on Instagram (where I post pretty much daily) you will already have seen some of the things going on there.

There is a lot to do over the winter to get my plot ready for the growing season as it hasn’t been properly tended for a few years. However, there is a good structure of beds, sheds and fruit trees under the weeds. I am very excited about this project; about the possibilities it offers for creative engagement with a site over an extended period, as well as the benefits of being outside, having my hands in the soil, growing some lovely things and the fresh start it provides.

I have a long list of workshops which get under way from March onwards and which are all listed on the workshops page with links to the relevant studios for booking. I am looking forward to returning to familiar locations to teach this year, as well as some new ones. Some of the workshops are full, but these have waiting lists (it is always worth being on a list as people do sometimes have to drop out). I understand here are still places available at Lund Studios in early May, ArtisOn in late May, Moor Hall Studio in August/September and the wonderful Masseria della Zingara in Puglia in October.

>I’m working on my dissertation (the first draft is due in less than two weeks). We aren’t required to write an abstract but writing one is something that I’ve found useful to clarify the form of the whole thing. Here it is:

Natural Creativity
An exploration of the garden as a creative outlet

Artists feel the urge to create, the need to express themselves. How might creativity be engaged with by different people? If a person is creative in one area of their life will they automatically find outlets for this in other, more mundane areas of their life such as tending a garden? The importance of ‘slowness’ and reflection in the creative process is recognised. Examples of artists who have an approach to their creative practice that resonates with the author’s own are identified and those who have a particular relationship with the natural world in their work. Definitions of the garden as art are explored, including how the debate over fine and applied art might be applied to gardens. Gardening tasks are compared to repetitive tasks in artistic or craft practice and their value as part of a creative life is considered. Different approaches by two contemporary artists who are also passionate gardeners are used to illustrate the value of gardening to artistic practice. 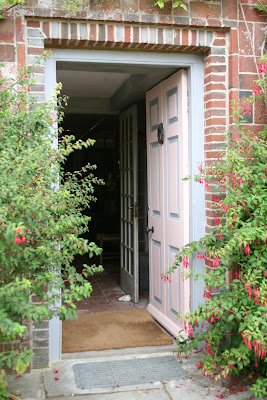 From Vita yesterday to Vanessa (Bell) and Virginia (Woolf) today. I’ve had a day filled with bloomsbury characters, their richly decorated homes and their simple but beautiful gardens. 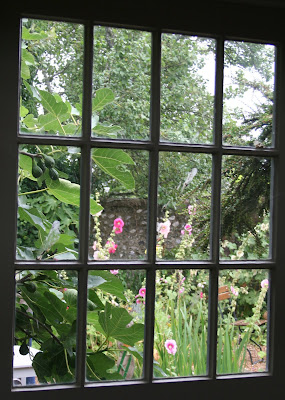 The garden at Charleston Farm was laid out by Roger Fry (founder of the Omega Workshop) to enable Vanessa Bell, Duncan Grant and whoever else was currently in residence to always be able to pick something to have in a vase in the house to paint. 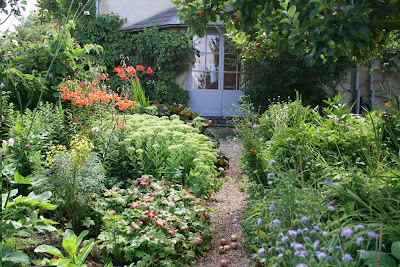 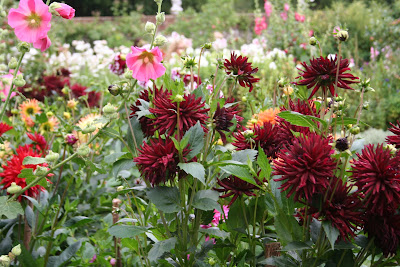 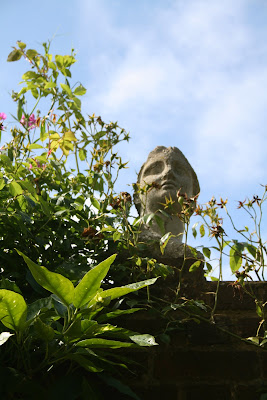 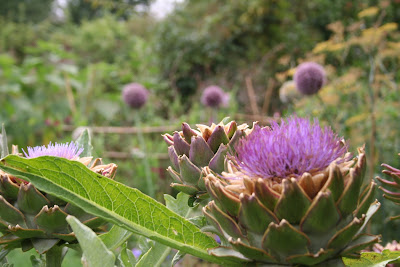 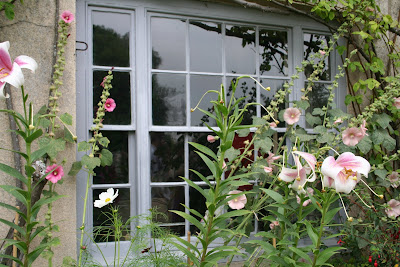