I’ve been working on my contribution to the Shirt Collar Project and it has taken me in a direction I didn’t expect.  Pictures of the final pieces from all ten artists will be revealed over on the project blog but here are a few images of my process as it unfolded (or folded!). I didn’t expect to make book forms but having printed from my collar on to both paper and fabric I then tested various routes and this was the one that I ended up following.

I’ve had a couple of days of meetings, which have been really useful and stimulating.  One was about the development of a new collaborative project (more on that another time) and the others were about my main project this year.  As a result I have renewed hope about possible funding.  I know I keep being vague in these posts about projects I’m planning and that is because I don’t want to announce things until everything is in place... hopefully that won’t be long now. 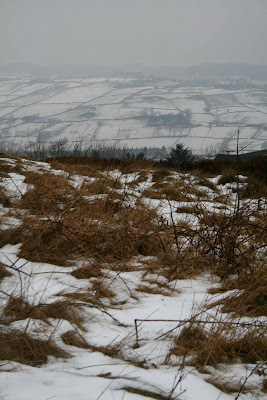 We’re in the middle of a cold spell here with snow coming and going.  Yesterday was particularly wintery, with ice, remnants of last weekends’ snow and then rain just to make things extra slippery.  I drove over to Hebden Bridge to see Angie Rogers, an artist who’s work I admire and who was kind enough to give me some time to talk through various aspects of her recent residency. 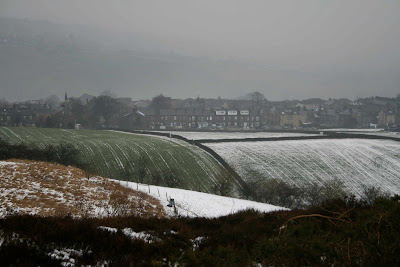 The drive over the water shed between the Calder and Aire valleys is one I love.  You climb up from Haworth, through Oxenhope and then on the the moors that separate the two river systems.  Whatever the weather is doing in the valley, suddenly on the moors it can be so different.  It gets me every time!  Yesterday it was shrouded in mist and rain with the residue of recent snow marking out the features in the landscape.  It was bleak, cold and wild – bracing and breathtaking.  The subtle colours of the grasses, rushes and exposed peat are interspersed with patches of snow, which make a clean backdrop for stark stems. 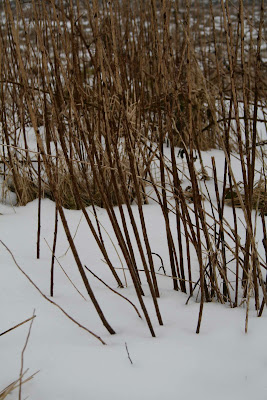 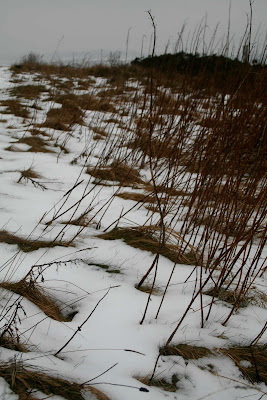 Persistent rain made getting out of the car to take photographs a fairly quick affair, but sketches in the warmth of the car were possible. Coming down off the tops the fields were suddenly visible, but still through mist.  A different layby, a different view.  Snow drifted along the walls mark out a pattern, almost a negative of the land without the snow.  Snow transforms the set of marks that make up the landscape; accentuates different features.  It lingers in dips and hollows in fields, revealing something new about the surface of the land. 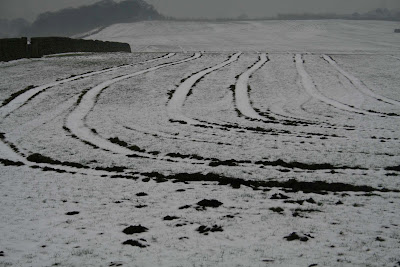 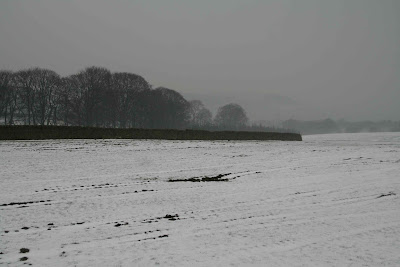 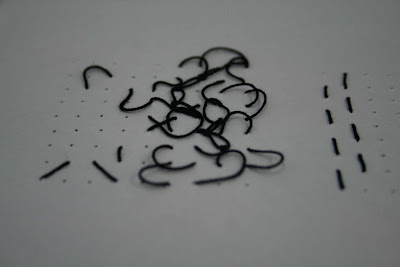 On Monday I cleared my space at college of all last semester’s work. Through the week the space has slowly filled up with new things. 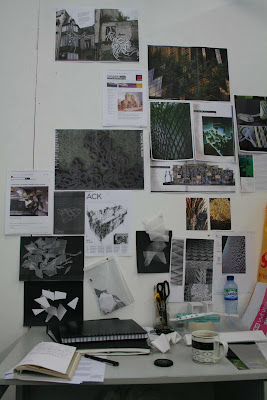 I’ve used the photo copier a lot this week: quick experiments in shades of grey; deconstructing. 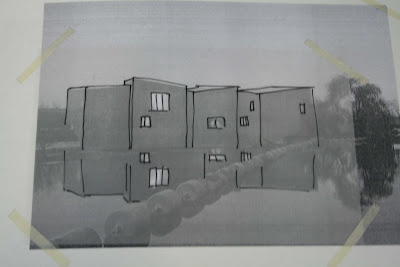 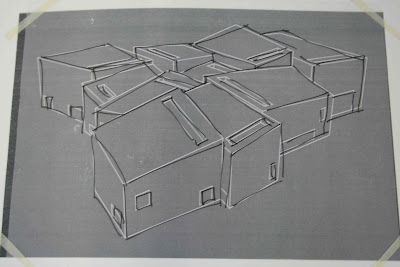 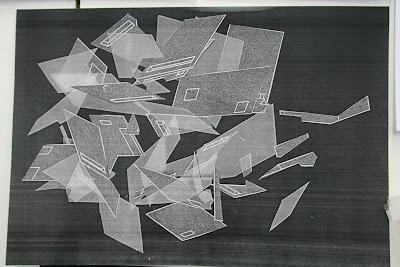 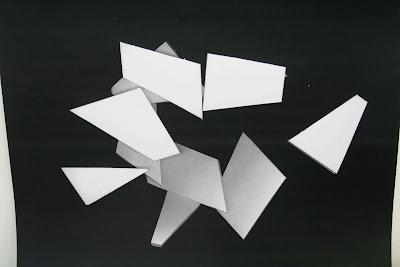 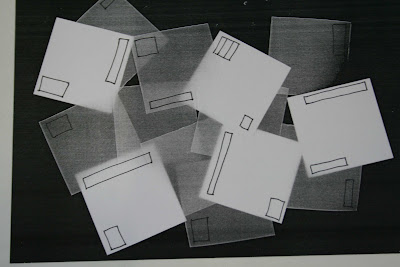 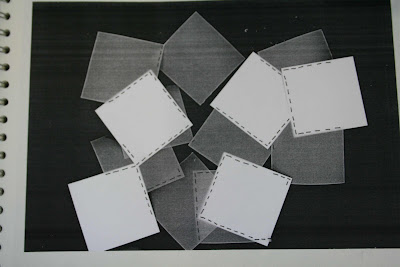 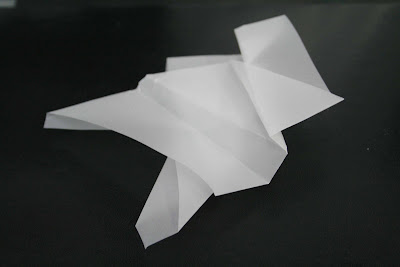 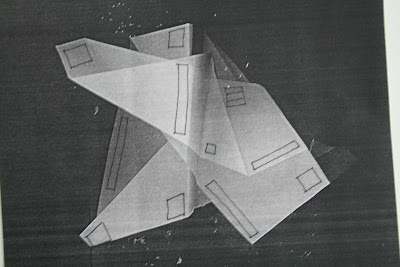 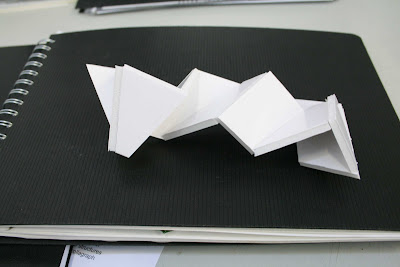 And as for that green wall at the Hepworth… 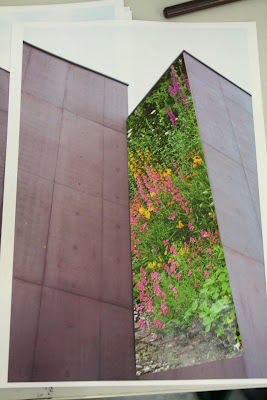 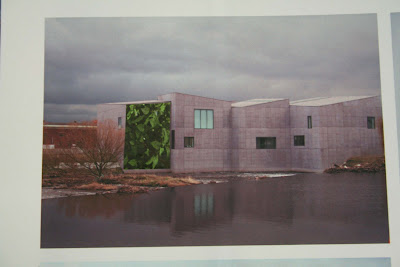